As you know, WordPress 5.0 introduced a new block editor to replace the classic editor which was in use since the first version. However, the changes not only impacted the editor itself. The complete editor page was rewritten in REACT, a technology never used before in WordPress, and all the metaboxes were replaced by new side panels.

To avoid breaking all plugins which had added their own metabox, WordPress includes a compatibility layer for legacy metaboxes. That’s how you find the Languages metabox below the Discussion panel, in the block editor document sidebar. However this compatibility layer is far from being perfect and it was clear to us that it would be there only for a transition period.

Indeed, the legacy metabox is unable to interact with the rest of the editor page. An action made in the metabox does not allow to refresh the interface outside the metabox, and vice versa. So, for example, we were obliged to completely reload the editor page when selecting a new language, which slowed down the interaction while a REACT interface aims to be… reactive. Also, as aknowledged when we released Polylang Pro 2.5, activating the synchronization button and saving the post did not refresh the translations fields of the languages metabox.

This is why we decided to create a new block editor plugin (a new sidebar) to improve the usability of Polylang Pro with the block editor. That means that the metabox leaves the document sidebar and is now accessed thanks to the languages icon in the toolbar, as shown in the screenshot below: 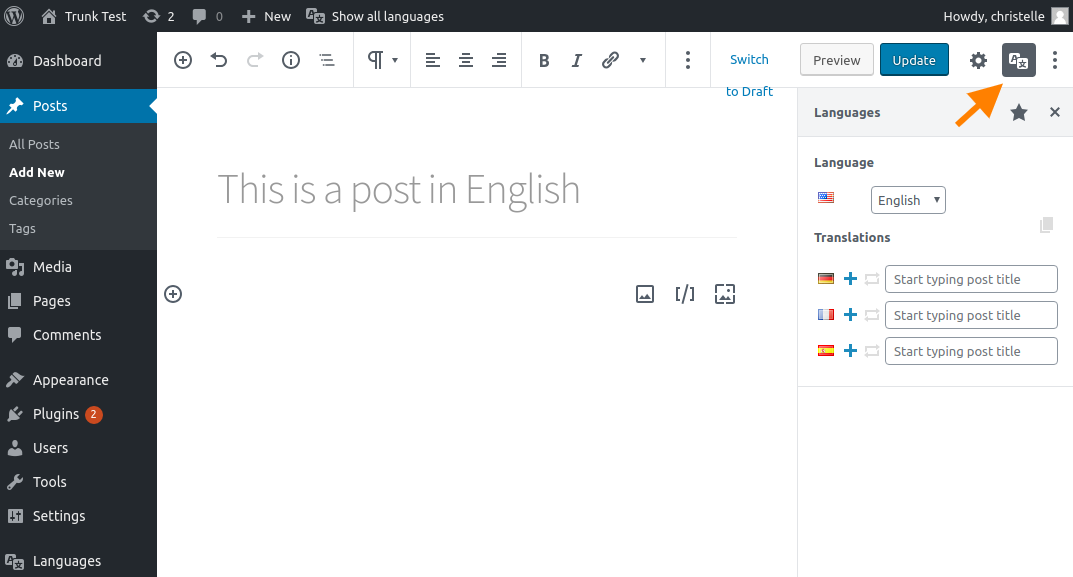 This block editor plugin is specific to Polylang Pro and fixes the known remaining issues that we mentioned when we released the previous version. It should look familiar as it keeps the same features as the legacy metabox.

Although the new block editor plugin is the main feature added to this new version, we also added several other improvements. For example, we extended the string translations search to translated strings. Now it should be faster and easier to find a translation and modify it as shown in the screenshot below: 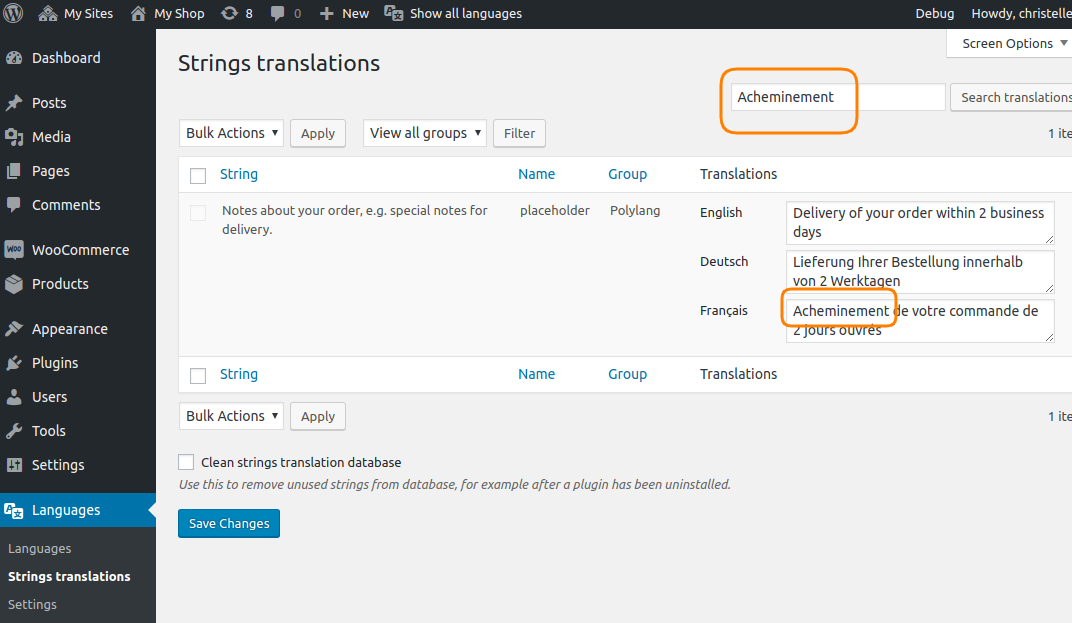 Also we are happy to include several 3rd party plugins compatibility improvements with Jetpack, Yoast SEO and WP Media Offload.

You can test the beta version of Polylang 2.6 as of today. Polylang Pro 2.6 RC1 can be downloaded from your account. The free version is available on GitHub. Please test it and report bugs on GitHub.

Picture illustrating the article by Manfred Richter and licensed under Pixabay license.