We are going to walk through the bulk translate feature available in Polylang Pro. This tool gives you the possibility to copy ❶ or synchronize ❷ posts in bulk into other languages as shown below:

❶ The option “Copy originals to selected languages” allows to create translations in bulk into other languages. It copies all the post content such as the title, the content (text, media, gallery) and the excerpt into the selected languages.

This tool works with posts, pages, media (except for the synchronization option) and custom post types such as WooCommerce products. As a reminder you need Polylang for WooCommerce to handle your products.

The example shown below is for posts but the bulk translation tool works the same way for pages, media (except for the synchronization option), and custom post types such as products.

Let’s say that you decide to translate an English post in French. My English post has a translated category named “Food” and its French translation is named “Restaurants” as shown below:

❷ then select the « Bulk translate » action, it will open the Bulk Translate metabox,

❸ then choose the language you want to translate to,

After hitting the submit button, a success message is displayed ❻ and you obtain a new French translated post ❼ with the French corresponding category ❽ as shown here :

Note that if you select « Synchronize originals with selected languages » the synchronization will be activated for your new translation as explained in the “Synchronized posts” documentation.

In the following example, you will see that if the translations of the categories don’t exist yet, Polylang creates them automatically on the fly. It works the same way with custom taxonomies such as WooCommerce product categories.
Let’s say that you decide to translate another English post with an untranslated taxonomy as shown below : 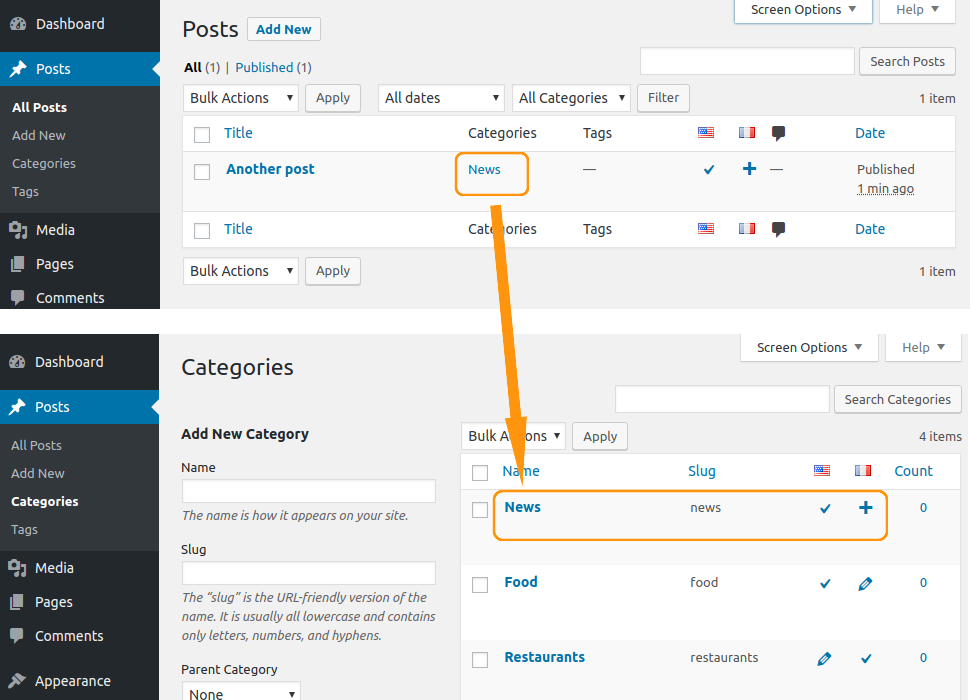 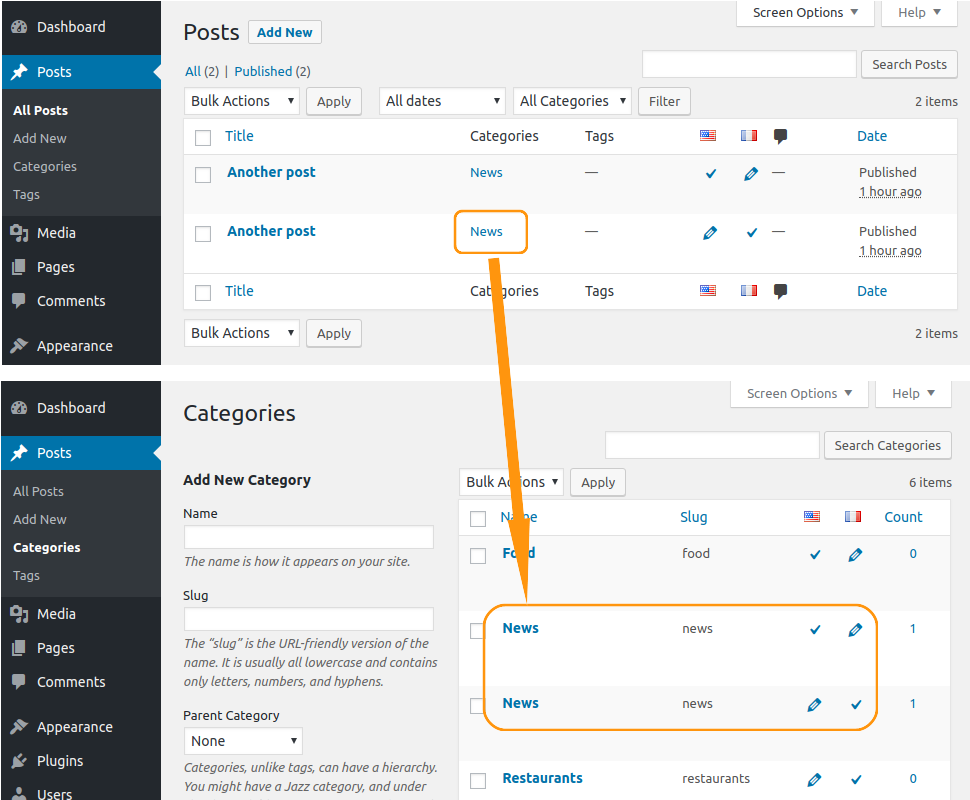 The behavior described above is the same for the media, if the translation doesn’t exist, Polylang creates it automatically.

If you use Polylang for WooCommerce in addition to Polylang Pro, you will also be able to duplicate in bulk your products as here: 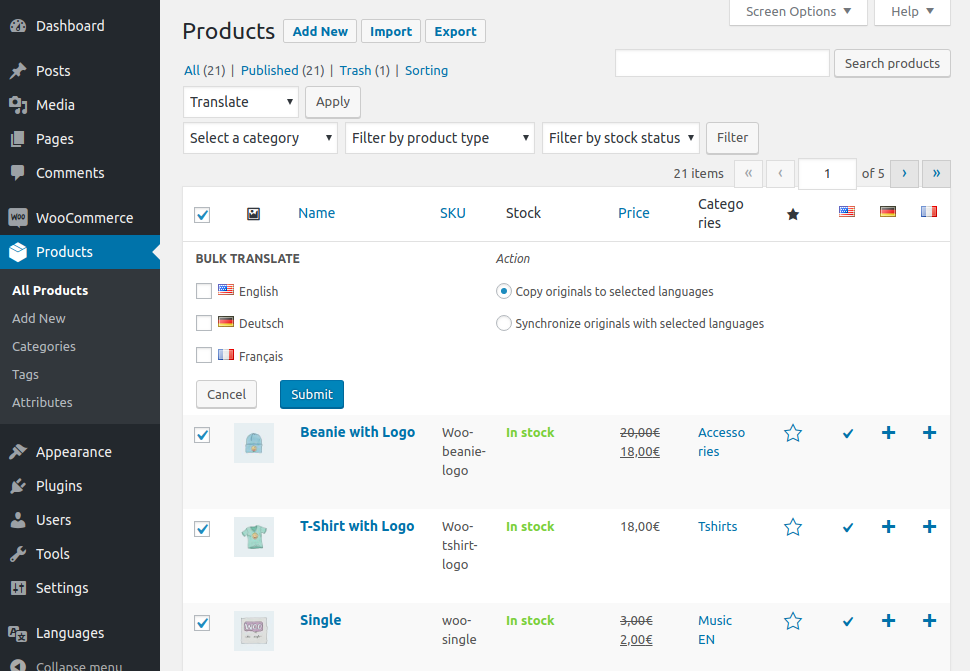 Note that if your products categories and your terms are not yet translated, Poylang also duplicates them automatically into the other languages.